Title DEBT
Author HAPPYWRITER06
Fandom JAMES BOND: SKYFALL
Characters: Character(s) EVE MONEYPENNY, JAMES BOND
Warnings/Spoilers SLIGHT SPOILERS FOR THE MOVIE. YOU CAN STILL READ THIS AND WATCH THE MOVIE AND BE FINE.
Summary MONEYPENNY OWES BOND. A LOT.
Disclaimer NOT OWNED BY ME.

exclu_silly
( You are about to view content that may only be appropriate for adults. ) 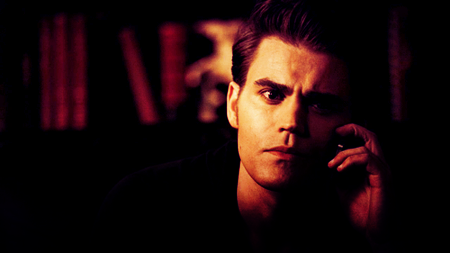 It’s been 3 years since Bonnie Bennett has put the town of Mystic Falls in her rear-view mirror, vowing never to return. A history major at BC by day and a witch-for-hire by night, Bonnie pays the bills by selling the tricks of her trade, though she vows to never again involve herself in the affairs of vampires. But when she receives phone calls from two individuals she never wants to see again, she is thrust unwillingly back into the world she so desperately tried to leave behind. As she races against the clock to uncover the killer bent on raising nothing short of hell, Bonnie must put aside her wants and discover the strength she needs in order to prevent the world from destruction. Along the way, she must make a pact with her sworn enemies to take down the biggest threat to humankind the world has ever seen, or soon the world may ring with the sound of silence.

It’s her destiny. It may also be her doom.